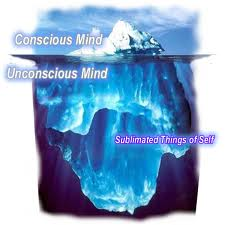 To understand “original fear” (from a previous post) with resentment, we must first understand resentment, which is the replaying in our minds of a past event. Resentments cause suffering but why can’t we just let go?

Understand resentment;  “re” means again, “sentment” comes from sentimental – emotions from the past.

Resentment comes from our subconscious brain that stores all the memory of experiences of our lives, like a continually running video recorder. Incredible, but science proves it’s true.

Resentments are linked to powerful experiences. Common events, like combing our hair, aren’t resented because combing  is not as important to our survival as running from danger.

But when confronted with a stressful persons or situations that cause real or perceived threats to survival, our bodies release powerful hormones: epinephrine, dopamine norepinephrine, and glucose, into our blood stream. This comination  spreads instantly to the brain, center of memory, sensitizing it to imprint a strong “survival” recording of what is happening right now. This, when similar conditions arise, we unconsciously, automatically and instantly awaken a defence mechanism imprinted on memory telling us to react to insure our continued survival.

This is how humanity survived threat. It is automatic, unconscious and it is still with us today, though in modern times, without mindfulness, can cause great personal suffering.

Mindfulness is capable of disarming resentment. Mindfulness can “re-mind” us that the resented event has passed, “It only happenned once!”.

Without mindfulness, resentment can trick us into experiencing resentment as if it is happening again, for the first time. Mindfulness asserts that the resented experience occurred only once, regardless of what memory tells us!

Allowing memory to replay the resentment without mindfulness causes the body to release the identical hormones from the first event, causing the same emotions, but now with panic, “Oh no! It’s happening again!”.

The brain becomes overdosed- imprinting, this time, the resentment, overtop of the original memory that is closest to the truth. The truth becomes bent, even lost in the re-imprinting.

Resentments that cause a release of hormones can overpower the will of mindfulness. If you notice frustration during mindfulness, this is likely what is happening; the hormones are causing a conflict between memory and truth.

Always stay with the truth.

Now that we understand resentment, we can look forward to the next post:  Resentment and Original Fear